Could we get Books & Magazines as 2 separate and distinct sections. I like to see my 'proper' books distinct from the newstand style Magazines as I don't think they look great together. thanks

A future version will add user defined sections. So you'll be able to have different sections based on the folder your documents are in.

this is brilliant news, thank you. It nay be a case of how long is a piece of string but would you have any indication of timescales are we talking weeks or months?

(I have other matters to finish before being able to allocate the time Ubooquity development requires).

could you re-consider your position about open-sourcing ubooquity please? You've done a fantastic job, but many features/improvements are not beeing developped because you are lacking the time for it. I Believe a few of us would be willing to do somthing about it, but can't do anything until you release the code

This very much. Unfortunately I've have been forced into trying to look elsewhere for features such as reading status, user defined categories, image quality and other highly requested features that are missing. There's nothing quite there, but a number of projects I've seen are up and coming have most of this planned or being built. The second something better comes along, a majority of users will jump ship. I think there's a number of us on this site that are experienced developers (myself included) that could contribute to a significant improvement to turnaround of these types of requests, but unfortunately this great software feels held back by a single developer with limited resources. We're here to help, just needs to move to open source to be something truly incredible.

Would you mind sharing the names or links to these projects ?

I've searched quite extensively at some point for alternatives to Calibre/Calibre-Web/Cops and honestly there isn't much.

Everything i've found is :

- MyBookshelf : (1/2, the 2 was supposed to replace 1, but it seems the developement stopped).

Aimed at ebooks mostly, but with quite some good features, specially for author/ebooks management, on top of bundling a conversion backbone for ebooks, and supporting multiple files/files formats for one ebook entry.

Python and js for MBS v2.

Python and Django for MBS v1.

Aimed at Comics, but globally dead, it's "on hiatus indefinitively" for something like 2 years

Aimed at Comics, with aim to replace things like ComicRack to manage and tag comics, under quite heavy developpement, even if the guy behind it seems alone.

Aimed at Comics. Mostly a graphical software, with both a client (YACReader) and a Library/Manager (YACLibrary).

Bundle a feature to identify comics from ComicVine.

Don't support metadata files like ComicRack/ComicBookLover for now, but it's on the backlog, but dev is going really slowly sadly. :/

Same for making the "Library" Backend part a standalone headless feature and the graphical part a "client" for the Backbone.

Written in C++ from what i know.

I don't know of anything else that don't requires a Calibre library to work (Cops, Calibre, Calibre-Web, BicBucStrim all requires one afaik).

I hope it helps and gives you ideas/allows you to find things you like. ;)

TBH as much as i respect (and understand) your will and reasons to not wanting to make Ubooquity Open-Source, i would really love to see you reach out to the comiXed Dev and make one awesome project out of the two. xD

They are sharing quite some things (the language amongst other things), and it could mean getting a real great and popular project fullfilling the wishes of many in the end.

(and would avoid splitting up dev capacities to get there, meaning faster developpement and features).

And if i believed in Santa Claus and Christmas in July, i would love to see the resulting project becoming the "Library Backbone" for YAC that could then become the Graphical "Thin" Client for that as well as a great reader.

But i know it won't happen. :D

Did reconsider. Same conclusion as before.

something akin to the KODI model would be amazing to move things forward.

Has there been any progress? I'd also love to see magazines split from comics. Less keen on modularization, but keen on a simple split between 3 major group (ebooks, comics and comics). Let me know if anything I can do,

I've made a few simple changes to the style. Added my own header, made all the comics uniform in size, minimal twists on the colours. I think it now looks really neat and tidy. I've truncated my actual title to avoid unwanted guests :) 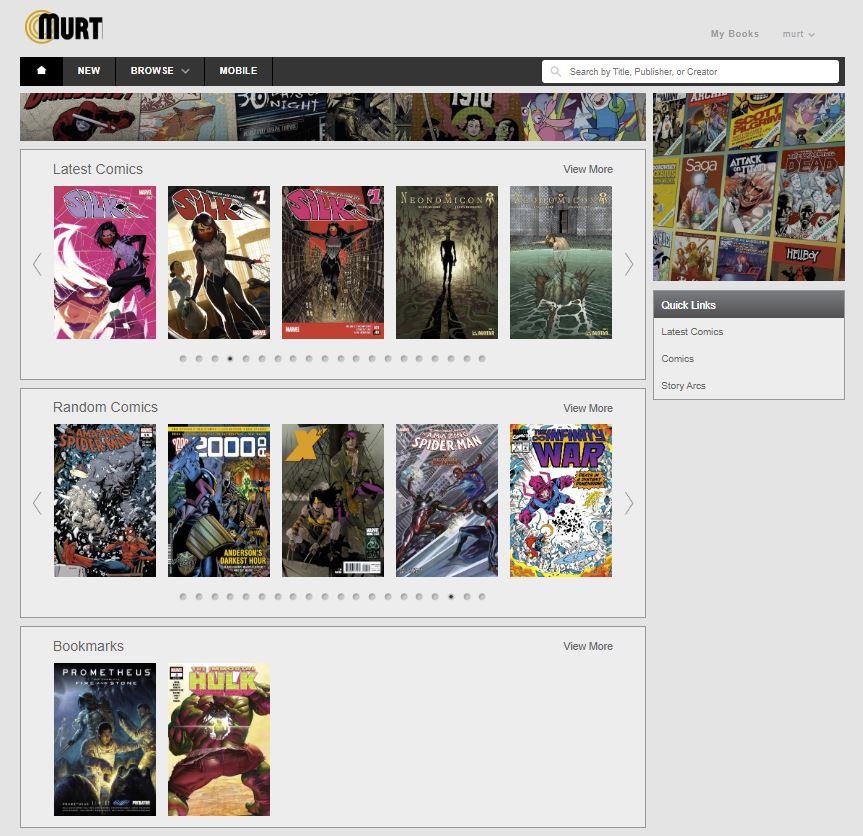 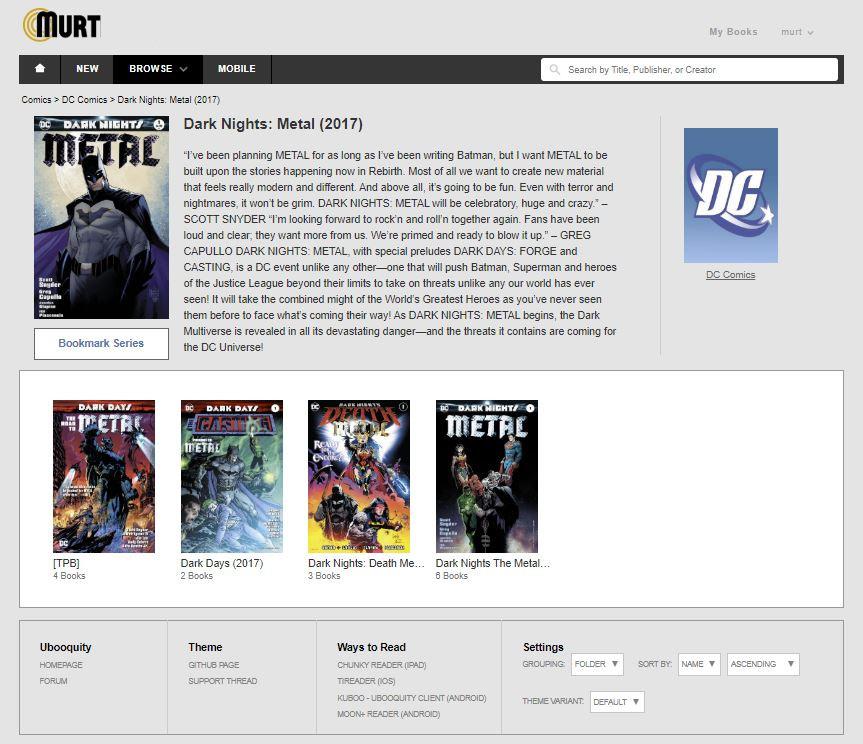 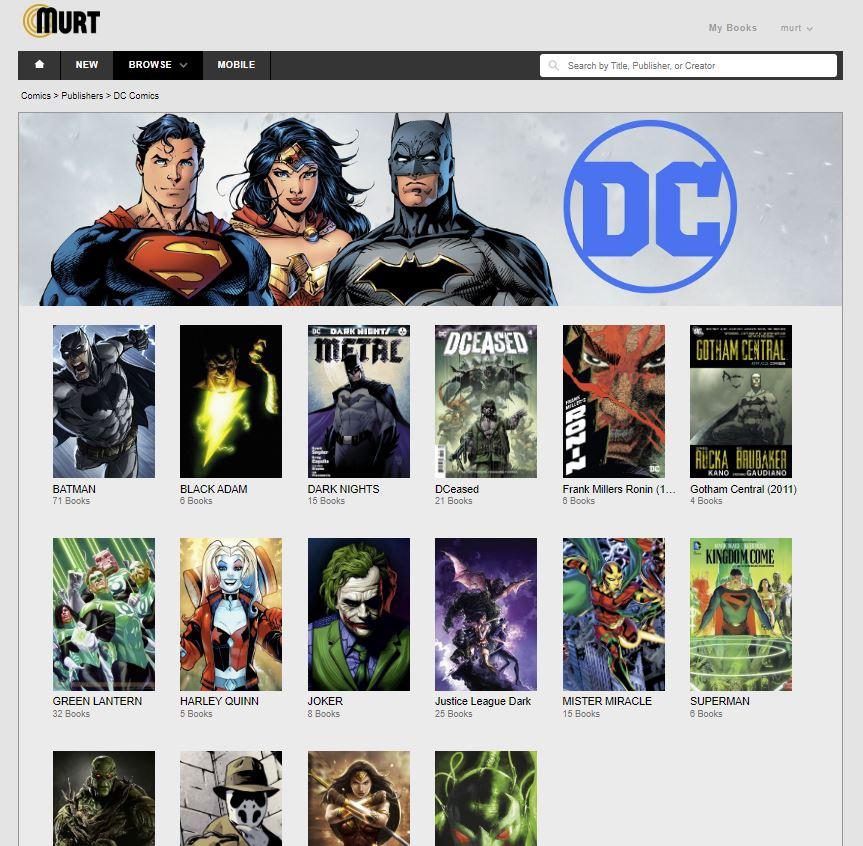 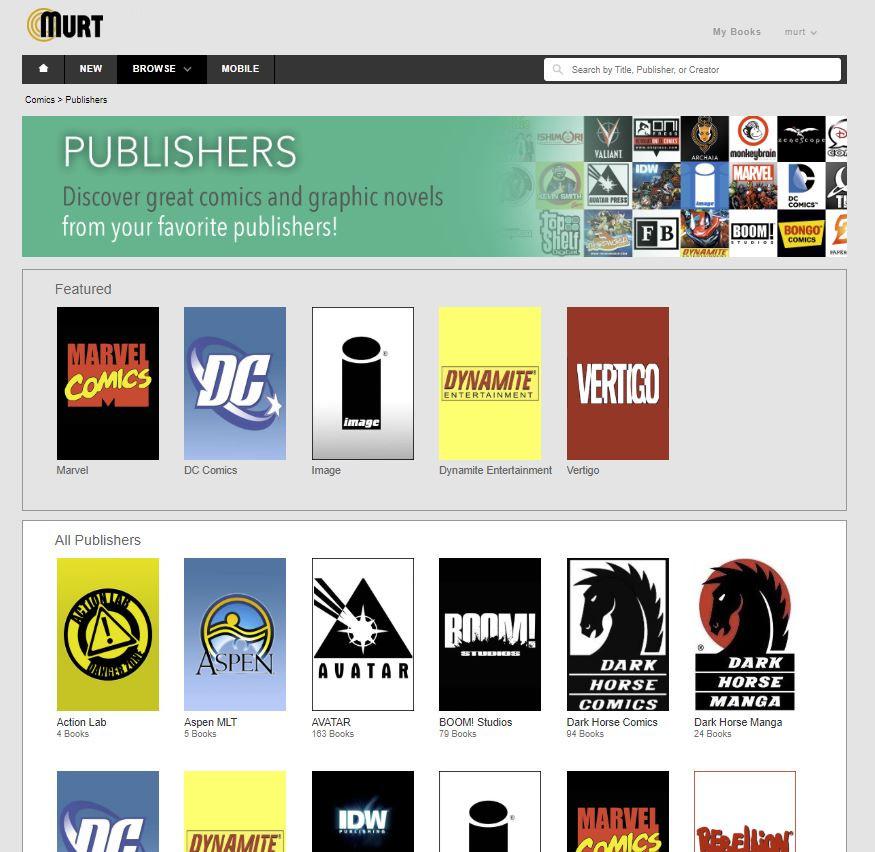 Nice style, but I don't think this has anything to do with this thread?

This is about a feature request to have Books & Magazines as 2 separate and distinct sections.

Any update on the development?

no i posted it in the wrong thread entirely. it is my thread though but not sure what happened. Can't see a way to delete it